Highlights of hike around  ausangate mountain

This Vilcanota mountain range Trek is not a very well-known hike, but it is considered as one of the most beautiful treks in Cusco´s area, because of the natural attractions it offers along the way, such as hot springs in Pacchanta or the beautiful Lake Comercocha, the impressive view of Mount Ausangate (6,370 m./21,021 ft.); the highest mountain in the region of Cusco, the Campa Mountain Pass (5,000 m./16,500 ft.), herds of llamas, alpacas and wild vicunas, as well as many local communities situated in isolated places, Lake Sibinacocha, with Yayamari Mountain optional scramble, Lake Cascaracocha and all the time, the view of the gigantic glacier and snow-capped mountains with their moraines, along with the experience of very cold temperatures, especially at nights (- 20°C / – 4°F) or lower. tour a ausangate

Early in the morning, we´ll pick you up at your hotel in Cusco, to take a South-east bound van or bus ride, along the new route to Puerto Maldonado. On the way, we´ll stop in Urcos, where our cook will buy the last supplies for the hike, thus giving us time to briefly explore the Main Square and local market. Back on our transportation, we´ll leave the main road and go up to the top of the mountain called Qosqocahuarina, to descend on its other side, to Catca, passing by very colourful plains, as we´ll be going up and down some hills towards Ocongate which is the last large locality, nearby which is located the village of Tinke, where we will camp and wish farewell to our transportation from Cusco. Lunch and Dinner.

After having met our muleteers and llama drivers, with their horses and llamas, we´ll leave Tinky, to start ascending gradually, passing through many local communities, on the way to Pacchanta, as we´ll have a chance to meet lots of children on the way, who will ask us for sweets or biscuits, but it will be better to give them fresh fruit, notebooks or pencils instead, so as not to damage their teeth.

Then, we´ll arrive in Pacchanta around lunchtime. But, before that, we might have enough time to visit the hot springs in the village, with the impressive Mount Ausangate (6,370 m./20,894 ft.), as a background for our pictures.

In the afternoon, we´ll hike uphill, passing by many herds of llamas and alpacas, with their shepherds looking at us, while their dogs will be barking around. Sometimes, we might sight Peruvian mountain vizcachas (A rabbit-like mammal, with a long tail), close to rocky areas and some mountain caracaras (Falcon-like birds) flying above the mountains. Finally, we´ll end the day´s hike, at the top of a small hill, on the other side of which we´ll have an amazing view of Lake Qomercocha, at an altitude of 4,300 m. / 14,190 ft., where we´ll camp on a cold site. Breakfast, Lunch and Dinner.

This will be the longest day of our hike, with many hours of walking. First, we´ll wake up with the scenic view of Lake Qomercocha and after breakfast, we´ll get on an uphill trail to the Campa Pass (5,000 m./16,400 ft). On the way, we´ll leave behind the low vegetation that accompanied us almost everywhere, along with the ichu grass, as the terrain will mainly be gravel and dirt. Arriving at the mountain pass, we´ll see many apachetas which are offerings local people leave for the Mountain Spirits or Apus and which consist of piles of stones collected from lower altitudes and carried to the top. We´ll still be able to see alpacas and lamas and perhaps, even vicunas. On our left side, we´ll appreciate the presence of Mounts Colquecruz, Pucapunta, Tres Picos and in the distance, Mount Huayraqpunku. Afterwards, our descent will be easy to the community of Jampa, located at the junction of two small valleys, where we´ll have lunch, in such an isolated place and extreme conditions the local people have to live in. After our lunch break, we´ll ascend again, walking for almost another four hours, to get to our next campsite, in Kyllita. Breakfast, Lunch and Dinner.

Today will be another day of climbing, with the impressive presence of Mount Ausangate to the west and close to Kyllita. During the first three hours, we´ll hike along another valley, all the way to a series of small lagoons, at its head and it will be quite exciting to discover the path on our way, as it is hard to see with the naked eye. But, once our horses and llamas will have led us, we´ll find the trail carved on a mountain side. Later on, the Condor Mountain Pass (5,200 m.a.s.l./17,056 f.a.s.l.) will appear and sometimes, condors can be seen sitting on nearby rocks. We may see still herds of llamas, alpacas or vicunas. Afterwards, the walk will be easy for the rest of the way, with just a short climb to the second Condor Mountain Pass and from its other side, all the way down to Cabecera Sibina (The source of Lake Sibinacocha), as the last part of the hike will cross a vast glacier formed valley. Breakfast, Lunch and Dinner.

Close to our campsite, lies Lake Sibinacocha, the largest in the Vilcanota Mountain Range. The first part of the hike will take us around it, sighting some huallatas (Andean geese), different species of teals, Andean gulls, coots, ducks and sometimes, even parihuanas (Chilean flamingos), as our eyes will contemplate a series of many majestic mountains and we´ll be walking close to the foothills of Mount Campana, to have lunch on the other side of Cabecera Sibina. In the afternoon, we´ll hike up to a mountain pass, with Mount Yayamari to our right, to later on get to Lake Cascaracocha. Then, we´ll descend to its mouth and have a stop at the highest campsite of the whole hike. Breakfast, Lunch and Dinner.

Today is going to be dedicated to leisure, breakfast won´t be served at a fixed time and we´ll have time to wash and update our dairies or simply, relax. As an option, we might climb Mount Yayamari (5,400 m./ 17,712 ft.), in which case, we´ll take about an extra eight hours to go up and back down. In the afternoon, we´ll move our campsite in around three hours, so as to have a shorter walk to Phinaya which will be the end point of our trek. Breakfast, Lunch and Dinner.

During the last four hours of our hiking adventure, we´ll be going around communities and meeting locals who will be staring to look at on us quite impressed. Once in the village of Phinaya, we´ll catch our transportation back to Cusco, keeping the memory of the astounding experience we went through. Our arrival in Cusco is estimated in the late afternoon. Breakfast and Lunch.

CAMPSITES´ LOCATIONS MAY CHANGE, ACCORDING TO WEATHER CONDITIONS, GROUP PROGRESS OR THE GUIDE’S CRITERIA 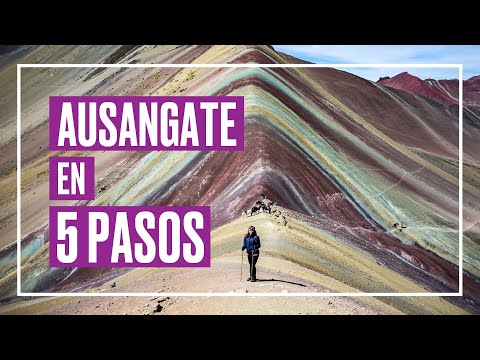