Andean Expeditions and Adventures(ANEXA) is proud to offer this hike

In Peru’s tourism history, we have always forgotten those places where communication systems are not available, because of their remoteness, as well as the vast and hard topography in which these sites are located. These areas where tourism never went, implicate countless amazing landscapes, along with hard conditions for an adequate occidental lifestyle. There, the inhabitants dedicate themselves to looking after their animals and farmers depend on the rain, to work on land where abundance is just a word in their daily illusions.

As we walk on, the landscape’s magnificence is one of this hike’s main highlights and the hard ascension and descent to the longest source of the Amazon River, in the Apurimac River area, will allow you to appreciate the Peruvian mountain’s most impressive and authentic variety of sceneries.

We will have an early start in Cusco and after picking you up at your hotel, the van will take us via an unpaved road leading South-west to Corcca, at 3,677 m. / 12,060 ft. where we will briefly stop, in order to walk around the small square of one of the most forgotten districts in the Province of Cusco. Then, we´ll continue our ride, passing by many farming and shepherding communities, to get to Chanca, at 3,800 m. / 12,464 ft. where our van will leave us, to start our hike. The first part of it will have us climbing above the tree line, to contemplate a varied landscape, as we´ll pass by Coyahuarcuna, at 4,002 m. / 13,127 ft. where we´ll find a cave in which some Incan stones were left in an inexplicable order. As we´ll climb further up, we will reach the highest pass of the hike, in Kisacorral, at 4,221 m. / 13,845 ft. and the descent will pass by Willcacunca, at 4,121 m. / 13,517 ft. where it is still possible to find traces of a great wall that was built by the Incas, in order to keep their enemies, the Chancas, controlled, given their intention to attack the city of Cusco. After Willcacunca, the path will be very easy, as we´ll walk through a polylepis forest (a genus of low trees with rugged scaly bark), all the way to Huancahuanca, at 3,372 m. / 11,060 ft. where our first camp will be set up and waiting for us.

Descent to the Apurimac River – Sicsipampa

Today, our first activity will be dedicated to walk around the community of Huanca huanca, looking at the peasants daily labor like herding their animals out of home in order to look for places where they can graze, or, seeing farmer going for work to their lands away from home, while in town the children will be assisting to school when some people may stay at home doing their domestic labors.

At half morning the hike will start going down having our fitness the hardest test as the hike will be descending a steep neglected path which was often used by merchant caravans with lamas and mules, coming from Cusco´s high provinces or even from Arequipa, carrying crops and goods to barter in Cusco. Nowadays, they use a better alternative road from Ccapi to Cusco. The path have growing on it many kind of bushes and trees some of them thorny and prickly, thus the hike will be slowly, in order to avoid scratches on arms or legs. After almost five hours, we might get to the Apurimac river level at Sicsipampa plain (2,378 m. / 7,800 ft.) where we will spend our second night camping near the shore of the longest source of the Amazon River (nowadays considered the largest in the world).

The Apurimac river valley is running through an intricate topography, creating microclimates on the way, which allows vegetation that grows in the dry forest (intermontane valleys).

The third day of hike will start walking near by the Apurimac river shore down stream until the Huacachaca Bridge at  2,342 m. / 7,682 ft. (now a days called Ramon Castilla Bridge). on the lowest part of our hike and there, we may see sun flies around us. After a short break, the next phase will have us climb on a quite steep and abandoned path, to get to the community of Chocho, at 3,041 m. / 9,474 ft. for our third night camping. In case a quick ascend we may have time to climb on some hills near Chocho to look the landscape around us. Breakfast, Lunch and Dinner.

So, the second and third day of hike may be strenuous, because of the steep descent and climbing, as well as the neglected path which is invaded by vegetation such as many thorny plants, small trees and bushes growing on the way and many sun flies.

Today, there won´t be much climbing, as our hike will start with a short climb to Chocho´s Mountain Pass, at 3,199 m. / 10,493 ft., after which the terrain will undulate for almost three hours, until we get to Ccapi (a district capital in the Province of Paruro), at 3,218 m. / 10,555 ft. where our transportation will be waiting, to transfer us to Cusco, on a trip for almost nine hours. Breakfast and Lunch. 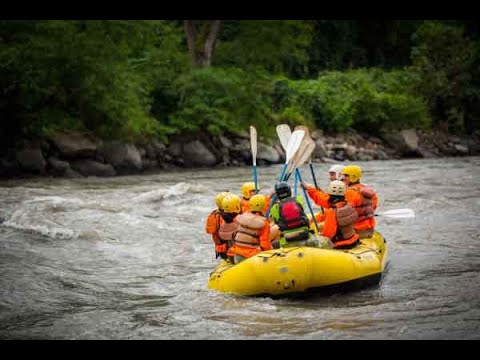